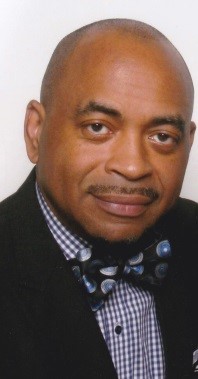 He is anointed, appointed, chosen and qualified.  This man of God has the ability to take a 2,000-year-old message and make it relevant to this end time.  Known as a “Worship Extremist,” people have learned how to touch the heart of God through his ministry.  God gifted Elder Henderson with an amazing ear for music.  At an early age, he had a strong desire to play the organ to enhance the music department of his local church, known as Greater Mount Zion under the leadership of the late Elder Marlin Upshaw.  However, his mother, a powerful woman of God was not able to get him the formal piano training that he desired.  So, Mother Henderson did what she knew to do, and that was to pray about it.  Mother prayed powerfully and petitioned God to anoint her son’s hands to play music to enhance their worship experience.  Because of that prayer, not only did he give him the gift to minister through music, but God chose Elder Henderson to be an anointed carrier and orator of the Gospel.  To God be the Glory!

A native of Crowder, Mississippi, Elder Rodney was born to Verlin and Jeffie Henderson on October 15, 1965.  He is a graduate of South Panola High School and furthered his education at Northwest College in Senatobia, MS and Mississippi Valley University in Itta Bena, Mississippi.

Elder Henderson is now serving in several capacities in the Church Of God In Christ.  He currently serves as the International Music President for Church Of God In Christ World Missions Department appointed by President, Bishop Vincent Matthews. Receiving his formal ministerial training under the leadership of Bishop Lee Ward in Memphis, TN, he was ordained Elder, in September 2011 and received his credentials from the Bishop David Hall, Prelate of Tennessee Headquarters Jurisdiction.  His most honored appointment was made by Bishop Joe Baylor Mason in October 2014 as the Pastor of Holy Temple, Church of God In Christ in Monticello, AR where he is currently pastoring.

Pastor Rodney says, “I love God more than anything and I love God’s people.”  He also stated, “That whatever test and trial that God allows in my life, as long as God gets the Glory, I am thankful.”

Elder Henderson is married to Missionary Lisa Danzy Henderson. They have two beautiful children Jared and Amahri Henderson.  Together, they are a powerful team for the advancement of the Kingdom Of God!!!

Psalm 75:6 and we are humbled and honored to serve the people of God in this capacity. Blessings to Bishop C. E. Blake, Bishop Brandon B. Porter, and to our newly appointed Bishop of the Arkansas Third Jurisdiction, Bishop Michael Jones!